This may very well be the fastest anyone has ever put a race report down on paper (or internet or whatever...).  Anyhow. The Chickamauga Marathon was great! Well, for the most part. I am pretty sure there were some middle parts where I might have been like that video that goes through the various stages of marathoning. ('this is the best race ever'and then a mile later WTH was I thinking signing up for more than one of these...excitement to despair to elation in 26.2 miles).  Luckily the despair didn't last long.

I think I mentioned that I did this race in 2010 which goes to show how my memory works these days because it was hillier than I remembered. For some reason I remembered very light rolling hills like maybe 10 feet up and down. I have since decided that particular memory of the lightly rolling hills was another race at another park. It isn't crazy hilly but there are some longer grades on the course to be sure. 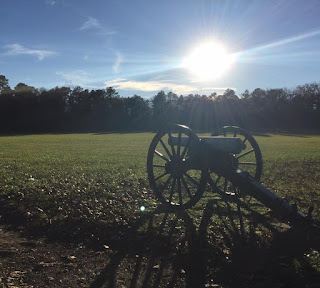 Back to today. One of the things I love about this race is that it is small.  As in park 10 feet from the start line small. This comes in handy when the temperature at start time is 30 degrees, a temperature I had not experienced since last year. #Brrrrr. I knew it was going to be cold at the start so I had purchased a $9 pink hoodie at Walmart for the purpose of tossing at the start. When the start cannon was fired (an actual cannon!), most runners opted to keep their coats. I decided to toss mine anyhow and threw it next to a tree where someone else had tossed a red jacket. The first part of the race is a half mile loop around this park so about 5 minutes after you start you come back through the start area again and out on the course. When I came back through again, I saw the red jacket but my pink hoodie was gone. I scanned the immediate area to see if anyone was wearing it. It made me wonder if someone had been eyeing my sweet $9 hoodie and was hoping I would toss it. LOL. It probably was still warm from my body heat when they picked it up. Not to mention they got a bonus pack of hand warmers! Obviously I was giving it away so if someone got it and can use it - great - but the way it was picked up so quickly just made me laugh. 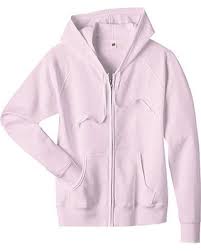 Back to the race. Again. So I am working with a coach this time around. After taking close to a year off, I needed some accountability and really just prefer not to piece together my own training plan. Leave it to the experts and all...  The plan for the race was to run by HR zone. X miles in zone 1, x in zone 2 and then finish it out in zone 3. My normal way to "pace" previously would have been run as hard as you can maintain for about 4 hours and then stop when you get to the finish stopping to walk as needed to keep from dying.  Very professional strategy. I am sure there must be a book on it somewhere. In the past, I would blast out at the start and try to break free of the crowd then settle in to a pace. I was a little bit worried about being stuck in a crowd from the start running in zone one but what I have noticed (in smaller races anyhow) is that the crowd kind of breaks up on its own anyhow so I don't need to bob and weave to get around people in the beginning anymore. Score one for zone 1!

I won't bore you with a mile by mile account of how it all went but will say in my mind I knew I wanted my finish time to be somewhere below 4:30. (I had nothing to base that on other than my last race was around 4:10 and 4:30 sounded like a good number). Now that I am running by HR, I have almost no clue of my pace because I don't  look at it. I really had no idea how I was doing time wise until halfway through the race and did the math in my head. About halfway, the 4:30 pacers and I started trading off back and forth. In my mind it was a little like the balloon ladies at Disney (the ones that scoop up the runners who aren't making the time cut off the course). I knew I wanted to be ahead of them so seeing them wasn't great. They were running by themselves and not actually pacing anyone so I decided that they *must be* ahead of pace and I wasn't going to worry about them. I was with them until mile 19.5 when I somehow managed to shake free of them.

When I got to the zone three segment of my race, it was amazing. I had my doubts that I would feel like kicking it up a notch at that point in the race but decided I was going to run it as prescribed despite my doubts. Once I picked up my HR a little, I really felt pretty good.  The miles ticked by, I felt strong and before I knew it, I was making the final circle to the finish line. There might be something to this HR thing. :) 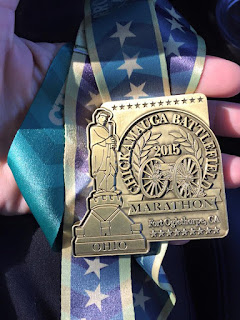 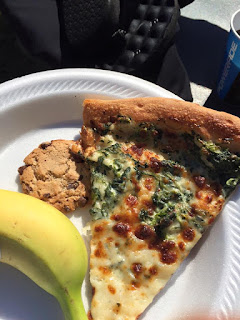 I love those 3-part pacing plans!

Latest Govt Jobs 2016
Good information given by author, thanks for the post

You were giving away a hoodie? That's a great way to start any race! Lol. Anyway, it's nice that you were 5 minutes ahead of your target.

YAY! Just got around to reading this. LOL I want that pizza. Congrats on your race lady. Miss you!!

Thank you sir And keep it up More Post And Its A Awesome Web page sir Thank You So Much ,

it’s very amazing. Thanks for it.

Club 69 Service by professional team
Royal1688 It is the site of the first online gambling game, the best online gambling in Thailand, with the joy of the famous casino from Poipet. Cambodia The most popular service is not less than 3000 names per day, because our g-club 69 is the 1st in all aspects, whether it is the center of the game, the fashion has been popular with players. long
And do not miss it is an Internet Slots game. This is a public game that has a lot to play. It is divided into land, land, bonus, house, land, 3D slot and slots Hall. Let's help together very quickly. With a unique example. And the characters we are familiar with and known as the Three Kingdoms, clowns, Qi Candida, Pinocchio, Tarzan, Egypt are called at Gclub 69 online gambling. I play all the time.
Do not wait, invite your friends to join together fun. You will receive a bonus of up to 150% of the new opening bonus and new teammate induction bonuses. Goldclub Slot

Thanks for informative article.

Hey.. I have read your blog its very attractive and impressive. Nice information. It helped me alot. this blog information is awesome,thanks for sharing this. IF ou are searching some knowledegable Information then visit our website..

hii.. I have read your blog its very attractive and impressive. Nice information.

Karen
Initially, this blog was about getting to 40. Well, here I am. Now what? Over the past year, I set some goals for my fitness, passed them and then some. I went from someone who didn't like to run to someone who can't imagine life without it. This is my record of how I got from the couch to an ironman... 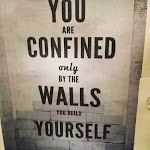 The difference between the impossible and the possible lies in a person's determination.

People who stop by from time to time... 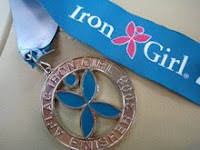